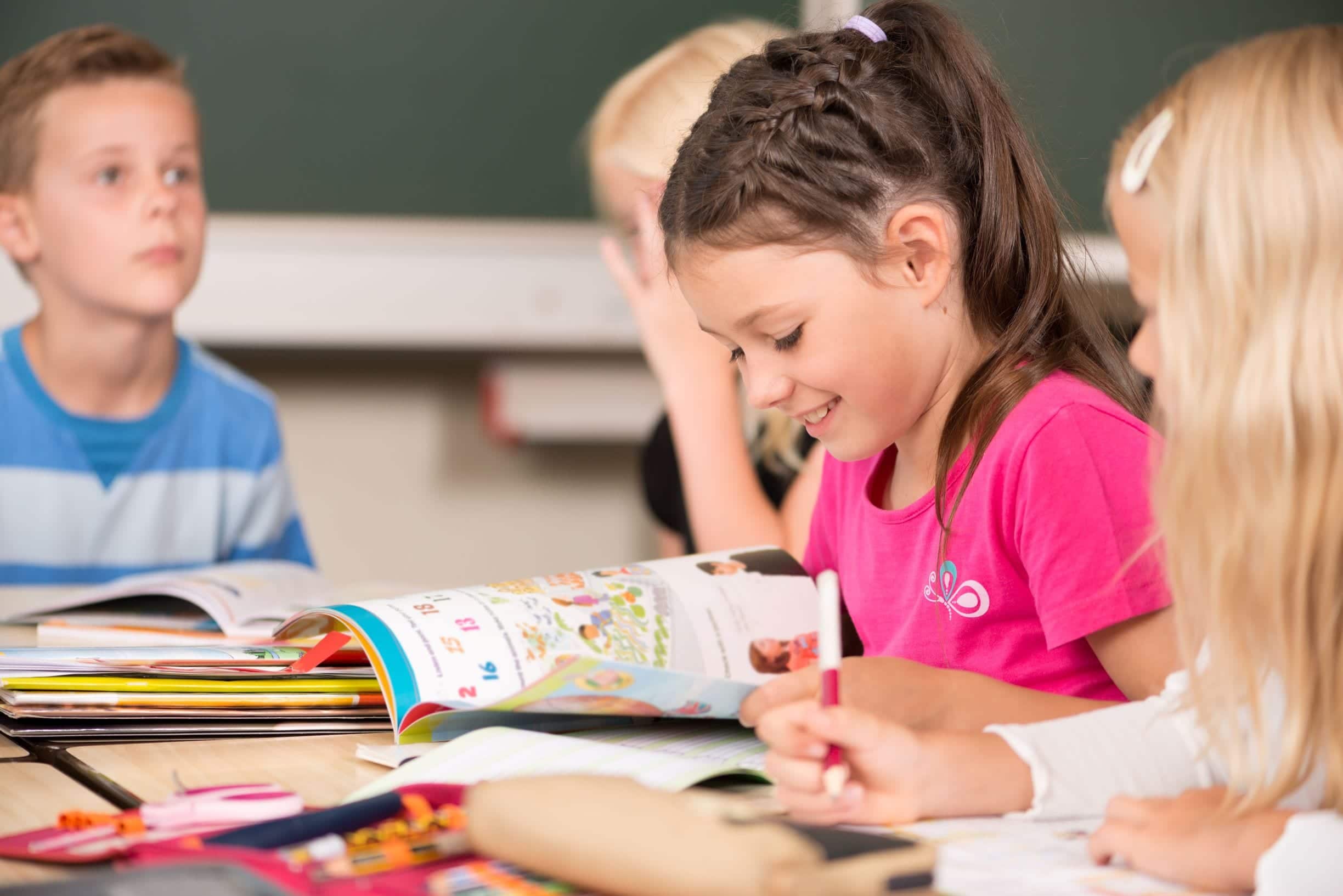 There are countless reasons for kids to learn a new language. For starters, research has shown children who study a second language have a better perspective on the world, are more accepting of other cultures and, even, gain a deeper understanding of their first language.

The big question, though: how — and when — do you get kids up-to-speed with a second language? In the Boston suburbs, it’s simple: in these public schools, each of which offers a top-notch language immersion program.

Starting in first grade, students register for either the French immersion program or can join the district’s English Innovation Pathway. Opt for the immersion and, in first and second grade, Language Arts, Math, Science, and Social Studies lessons are exclusively taught in French. Starting in third grade, half of class time is taught in French and the other half in English.

Once students reach high school there’s less emphasis on the immersion portion, with students taking one dedicated French class daily. As they progress, students also have the option to sign up for French language and literature AP courses as well as work towards the internationally-recognized Diploma of Studies of the French Language.

Those who choose the English Innovation Pathway still receive language instruction early on. While theirs isn’t an immersion, pathway kids have full English instruction plus weekly Spanish classes.

Starting in kindergarten, students spend the entire school day immersed in French. Once they reach third grade, half of the lessons are taught in English while the other half continue to be led in French. Students can stay in the immersion program through high school.

Waltham’s Dual Language School opened in 2016 and offers a Spanish immersion program starting in kindergarten. Each year, two classes of 40 kindergarteners join the program via lottery. Classes are taught in both Spanish and English by bilingual teachers with the goal of students becoming fluent in both languages.

After graduating from the Dual Language School, students can take Spanish, French or Italian for their World Language requirement in Waltham’s middle and high schools.

Maynard students have the option of enrolling in the Spanish immersion program at the Green Meadow School. This program started in 2012 and is focused on helping participants become independent, bilingual global citizens.

Students who enter the program in kindergarten are encouraged to stay in the immersion program through 12th grade. Elementary classes are primarily held in Spanish but as students enter middle school, class time becomes more evenly split between Spanish and English.

Millis public schools are home to one of the state’s oldest Spanish immersion programs. Students in the district have the option to join the 12-year immersion program or study a world language through traditional non-immersion courses. Those who follow the traditional route start taking Spanish classes in middle school.

All immersion students attend Clyde Brown Elementary, and spend first and second-grades learning in Spanish. By third grade, some lessons are taught in English, though the majority are still in Spanish.

In middle school the structure flips — students take one class exclusively in Spanish and the rest in English. This carries into high school — at that point students can also opt to take classes or join extracurricular programs in Spanish history and culture.

Unlike many immersion programs, Framingham offers two-way bilingual programs. In these programs, native speakers in both languages take classes together. This model gives every student the chance to act as language learners and language instructors at different points.

The bilingual programs are offered in both Spanish and Portuguese. Both programs are designed to help students become fluent in their non-native language while still building their skills in their first language. The Spanish program starts with an 80% Spanish and 20% English method in Kindergarten and by 3rd grade, the classes transition to a 50-50 Spanish and English model.

Spanish is offered at Brophy Elementary, Barbieri Elementary, Walsh Middle School, and Framingham High School. There is a lottery process for admission.

Students can enter the Portuguese program at Potter Road Elementary or Woodrow Wilson Elementary. Like with the Spanish program, Kindergarten also starts at 80% Portuguese and 20% English. But by second grade, the amount of English-based lessons increases to 40%. Like Spanish immersion, students are selected by lottery.

If language immersion is important in your suburban search (or if you are prioritizing something else), we are here to help you find the perfect fit for your family. Get in touch today to schedule your free Suburbs Strategy Session.