Finding a Suburb That Checked all FIVE Boxes 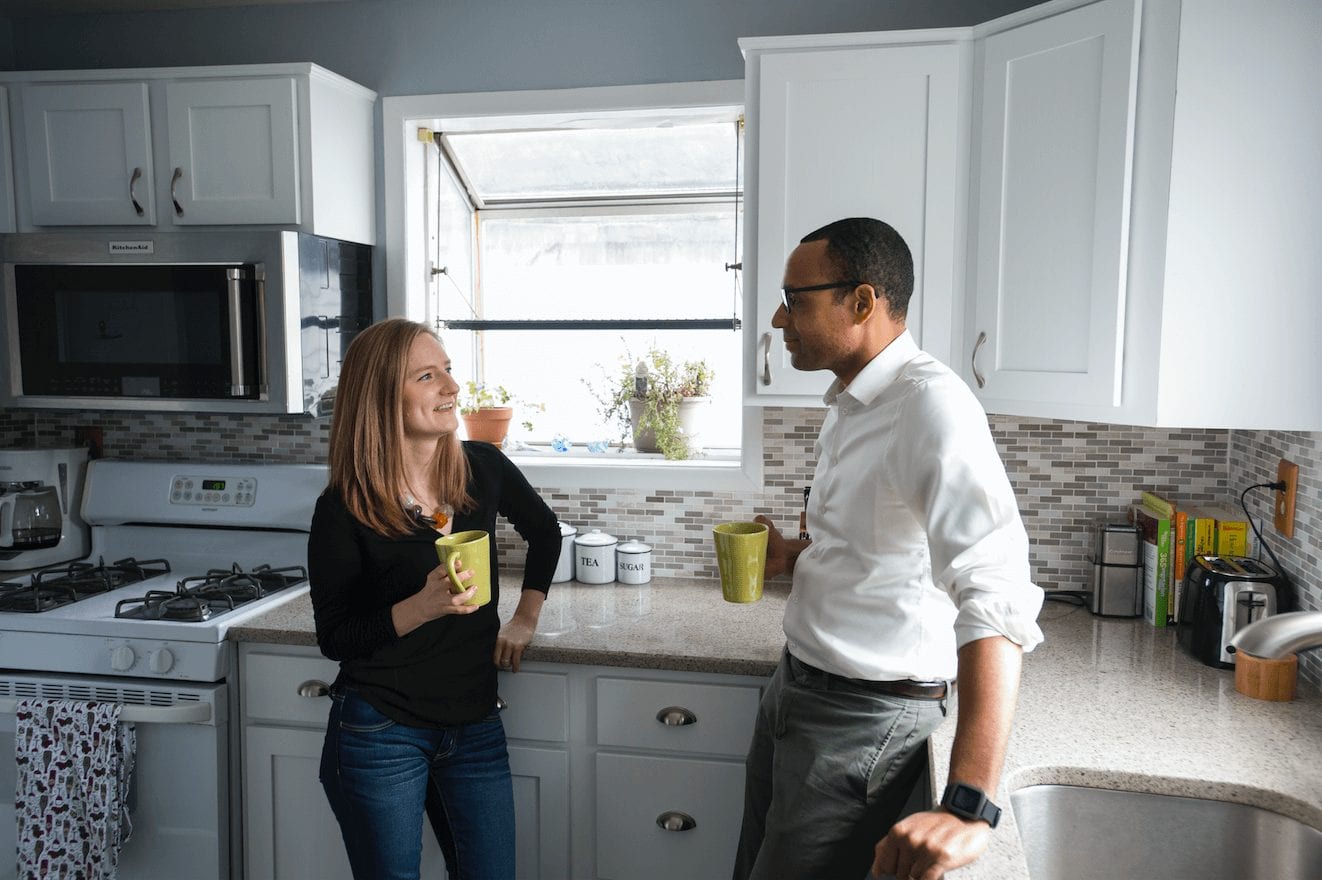 This NYC Couple Finds an Affordable, Commutable and Diverse Suburb with THEIR Energy

Omar Lopez and his wife Grace O’Shaughnessy were loving life in Harlem. But, he explains, every year or two the couple needed to gut-check and determine if they were going to re-up their one-bedroom lease or make a move to a two-bedroom—or, even, somewhereelse.“In New York no matter where you live, every year or two you need to reexamine where you’re going to live,” Omar explains. “We lived in a lovely one-bedroom apartment in a brownstone in Harlem, and we loved it. We loved the community and the owner of the building was great. It was all good.”

But, even though they were happy in Harlem, as they made plans to expand their family, they kept feeling like their near-perfect setup just wasn’t enough. “We were paying a reasonable amount of rent, particularly for that area,” he explains. “Harlem is only going up in price. Ultimately, though, we’re looking to grow our family and a one-bedroom wasn’t going to cut it. At the very least, we needed a two-bedroom.” So the couple’s search started—and quickly ended—there. “When we looked at the cost of a two-bedroom apartment in most places in Harlem and the rest of the city, it was not just expensive but, also, comparable to what a mortgage would cost.” Suddenly, the suburbs seemed like a viable—and smart—option. “We knew we wanted to explore buying a home,” Omar says.

When Omar and Grace first approached Suburban Jungle and their Strategist Maya Konig, they weren’t sure where to start—but that quickly changed. “We didn’t know too many people who had done it before,” he says, “people who had lived in the city and bought outside of the city. Obviously people have done it, but just not in our cohort. So that’s all we knew when we started.”

This realization kicked off a year-long process to narrow down where, exactly, they wanted to callhome.Working with Maya, the two created a five-part “must-have” list that drilled down on the most important attributes their future suburb needed to have. “For us, those five qualities were affordability, commutability to the city, diversity in the community, some kind of town charm and school quality,” Omar says. “You can find four of those five in many places around the city,” he notes, “and if we had to make a sacrifice on one of them we would have. But our ideal was to find a community that had all five of those elements—and that made it quite tough.”

Omar and Grace worked with Maya to createa list ofpotential towns, exploring Long Island, New Jersey, Connecticut, Westchester and Upstate New York. “If a community was diverse, it was far from the city,” Omar recalls. “If it was close, it was expensive. So there were really only a small handful of towns that fit all five—and that ‘town charm’ was hard, too. We wanted our energy…a town that was active and just felt right.” Soon enough, they found their perfect fit: Ossining, New York.

The next step? The HOUSE. The couple considered both condos and single-family homes. “We knew we were making a big transition, and we were open to a condo. We thought we could use that initial time to test out the community and save more money. But, we told ourselves, if we found a single-family house that made sense, great. We wouldn’t have to move twice.” In the end, the first house they saw was IT. “It’s a three-bedroom Colonial that was previously owned by an older couple,” Omar says. “They had only lived there five years. The bedrooms are on the second floor, so it wasn’t working for them—they were moving to Florida.”

The house, he adds, was in great shape and they fell in love with it right away. But, still, they did their due diligence and looked in Ossining a few more times before making an offer. “Nothing,” Omar says, “had the charm this place had. None of them were like, ‘oh my God, this is the spot,’” the reaction they had when they walked into their now-home.

Making The Move to Suburbia

Omar and Grace moved in February 2017, and their search and move-in were soon featured inThe New York Times’“The Hunt.”Now, as they approach their first holiday season in suburbia, everything is exactlyright.“It’s great!” Omar says. “We had our first summer. We’ve had snow, we’ve had hot days, we’ve had it all—and the house has held up really well.” Though it was a big transition, the couple has slid right into suburban living—especially the little details. “We’ve really enjoyed the small details and the overall quality of life—things like going to the grocery store or doing laundry. Those chores no longer takes up massive amounts of your day, and they don’t cost a fortune.” In the city, he explains, “we were spending one full day on the weekend doing all of these chores.” But being in the suburbs, “takes a lot of pressure off.”

Right now, Omar and Grace share one car and both commute into the city. “I have a foldable bicycle I ride to the station,” just one mile away, Omar explains. “I wake up at 5:00 and take the 5:45 down to the city, then unfold my bike, bring it to the gym and workout. The gym is a five-minute walk to work.” Grace, then, takes the car to the station and commutes into Grand Central, where she can easily walk to her office. “We often take the train back together at least two or three days, and I work remotely every Friday.” While it’s a big departure from their brownstone in Harlem, Omar and Grace are happy in Ossining and thrilled to have found a community that checks allfiveboxes. “We found Ossining and it was great. It fit all of those categories.”