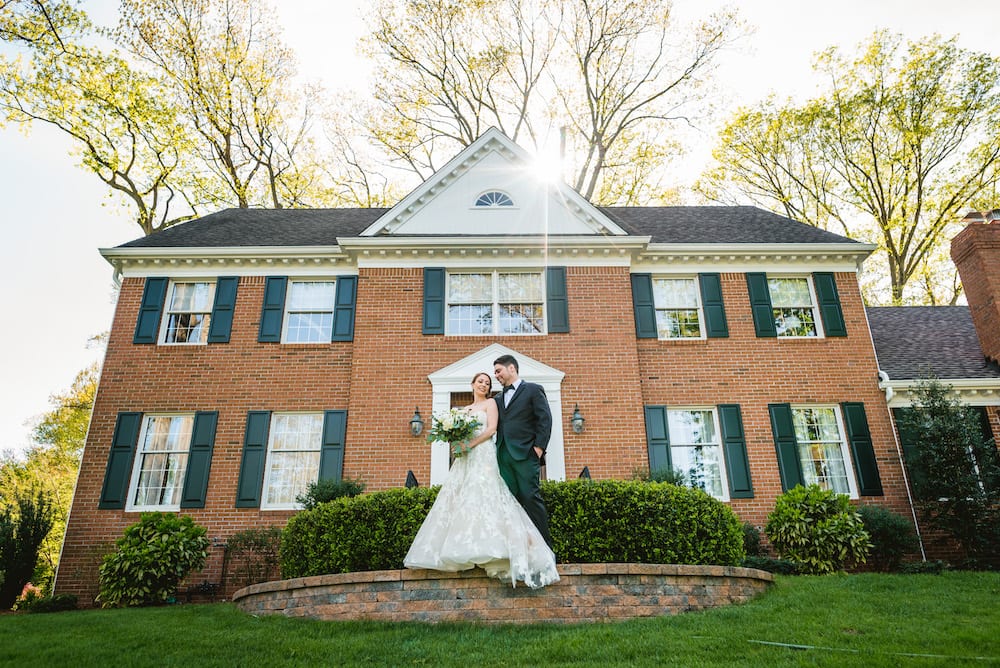 Erica and Phil were ready to say goodbye to city living and start their next chapter in the suburbs. At the time, the couple was sharing a one-bedroom apartment on the Upper West Side, and were elbow-deep in wedding planning — and they had no idea where to start searching.

“We really had no starting point,” Erica says. “I’m from Boston and Phil grew up in Queens, so we weren’t familiar with the New York suburbs.”

To get a better sense of suburbia and jumpstart their search, the couple connected with Suburban Jungle Strategist Erika Ades. After sharing their priorities, Erika provided a comprehensive strategy document, including a curated list of communities in Westchester, Long Island, and New Jersey.

“I knew they wanted a smaller town that had a strong sense of community,” Erika says. “They wanted to really feel like they were in the suburbs, far from the city — but still have access, anytime. Also important: walkability and a bigger backyard.”

“It was most like the town I grew up in,” Erica explains. “As soon as we got there it felt right — like a place we’d want to live for the long term.”

Getting to know the Wyckoff community

While Erica and Phil loved Wyckoff from the first tour, the insights and behind-the-scenes perspective Erika and their Suburban Jungle agent provided helped them envision a future in this community.

“Our Suburban Jungle team was amazing — we really got a sense for what life would be like in Wyckoff,” Erica says. “When we visited we definitely felt that sense of community — but seeing the YMCA, the schools, the different parts of towns and community groups, it brought it all together for us.”

Since moving, Erica and Phil say, this sense of community has proven more than true. While they worried about not having kids in a kid-centric town, the pair were quick to immerse themselves in community activities — and quickly grow their social circle.

“I joined a softball league in town,” Phil says. “Erica joined a book club. We’re starting to meet more and more people and learn about the neighborhood. We love it.”

Now almost one-year post-move, Erica and Phil know they’ve found the right community and look forward to what next. But they remind their friends and other city families that it didn’t happen overnight. Erica and Phil visited more than 40 houses before landing on their current home.

“My advice? If you look at the house and you don’t think it’s right, don’t second guess it,” says Phil. “It might not feel like it, but there are — and will be — other houses. Yours is out there.”

“If you can slow down a bit, do it,” she says. “When you find the right house, you’ll know. And there’s really no reason to make concessions.”

Finding their house — and their happily ever after

One thing the couple didn’t settle on? A big backyard. Going into their search they both knew outdoor space was at the top of their list — and being patient more than paid off. Recently, they hosted a two-day wedding in their Wyckoff backyard.

“We were supposed to get married in July 2020,” Erica says. “We postponed a few times but, once we were settled, we decided to get married here, in the backyard. We hadn’t planned it that way but after moving in, we could just picture it here.”

To keep the party small, each day they hosted a handful of friends and family in their backyard, then headed off for a beach honeymoon — but they don’t plan to travel again anytime soon.

“Many of our friends are making summer plans, but I don’t want to rent a house for a week,” Erica says. “I like this one!”

Explore the New York City suburbs like a pro. Get in touch now to schedule your free Suburbs Strategy session.