What REALLY Goes Into School Rankings? 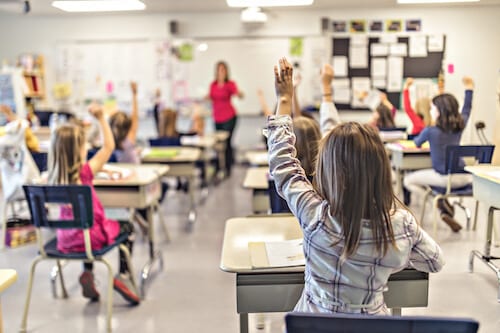 Just because a school ranks at the top of the list doesn’t mean it’s an A+ school for YOUR family.

Every parent wants to feel confident they’re sending their kids to the best possible schools—and many turn to popular school ratings and rankings sites to see how their potential schools and districts stack up.

While that makes perfect sense—who doesn’t want their kid at a well-regarded school with high-performing peers and lots of opportunities to grow and excel?—in reality, there’s lots more to a school than where it falls on the charts.

A big part of that is because not everything goes into school rankings. Often considerations like ESL population and year-over-year improvements weigh heavily in a ranking. That could push a consistently great school down while elevating a lower-performing school simply because it’s experienced modest gains. Choose solely based on the rankings and you could actually be opting for a less-than-optimal school.

So, then, the big question: can you really be sure that a school will be a good fit for your child based on a number? What really goes into that number, and are there other factors that aren’t considered that are just as (or more) important? Here’s what to consider…

Understanding How Test Scores Factor In
First, though, consider where school rankings come from and what is—and isn’t—considered in their calculations. While this will vary based on where you’re getting your rankings from, most families we connect with tend to look at popular sources like U.S. News & World Report and GreatSchools.

These websites base their school rankings off of factors like test scores, participation in AP tests, AP scores and graduation rates. While these are all important things to consider, those numbers don’t necessarily reflect the quality of education. For example, an underperforming school could have more affluent families in the district—families who can afford expensive tutoring and academic support to make up for gaps in their kids’ day-to-day education. That could, then, artificially inflate test scores and AP pass rates.

Even average schools can get a boost because of external support like this. On the flip side, though, a great school may struggle to boost their rankings because they aren’t getting support at home.

Or, in some cases, schools “teach to the test,” focusing so heavily on preparing kids for SATs, ACTs, APs and regional testing like New York’s Regents that other subjects, areas and important learnings are completely disregarded. Sure, students do well on standardized tests which boosts rankings, but they may not be 100% college-ready when they graduate.

What Factors Aren’t Considered in School Rankings?
Having a strong curriculum is important, but what about the school environment? Some families might want small class sizes because they know their child does better in a more individualized classroom setting. Some might want a school that provides many extracurricular activities to get involved in, while others might view that as a distraction from their studies. Some might want a school that promotes an advanced, competitive environment, while some know their child might need more one-on-one attention in less of a pressure cooker.

School ratings don’t also, typically, include other factors like quality of special needs programs, college preparation resources, average workload, mental health resources and extracurriculars—things that, likely, will weigh as much into your educational decisions as AP scores. As a parent, it is important for you to compare your options and decide what is important to you and to your family, now and in the future.

Consider the Real Differences
And when it comes to sussing out scores and rankings? Remember this: there’s often very little difference between the #1 and the #10 school in your state—the #1 and the #100, even.

Think about it—there are tens of thousands of high schools in the country and, at the end of the day, many are virtually identical when you consider them side-by-side. We’ve seen plenty of families who opt for the #1 school district in the area over the #2 or #3. While, in some cases, it was the better all-around fit school- and community-wise, in other cases it wasn’t—and that could lead many families back to the suburban search.

Beyond that, though, it’s not uncommon for schools and districts to switch spots on the rankings year after year. So just because the school district you’ve zeroed in on is #1 this doesn’t mean it will be next year—and will that impact how you feel about the community? If so, expand your search. Make sure you’re somewhere that fits your family and your lifestyle—education included—and isn’t just a number.

Everyone Has a Different View of “Great Schools”
All of this said, we aren’t suggesting ditching the rankings entirely. In many cases, they’re directional and good for beginning to refine your suburban search list. But, at the same time, don’t let a ranking be your deciding factor when choosing where to call “home.”

Weigh it all—talk to your Suburban Jungle Strategist and Local, tap into school websites and moms groups and see what each district and each school is really all about. From there, don’t be afraid to ask questions and really dig in to find the right school for your family—a school that fits your wants, needs and goals and isn’t just a number on a chart.