Making (all kinds of) Moves 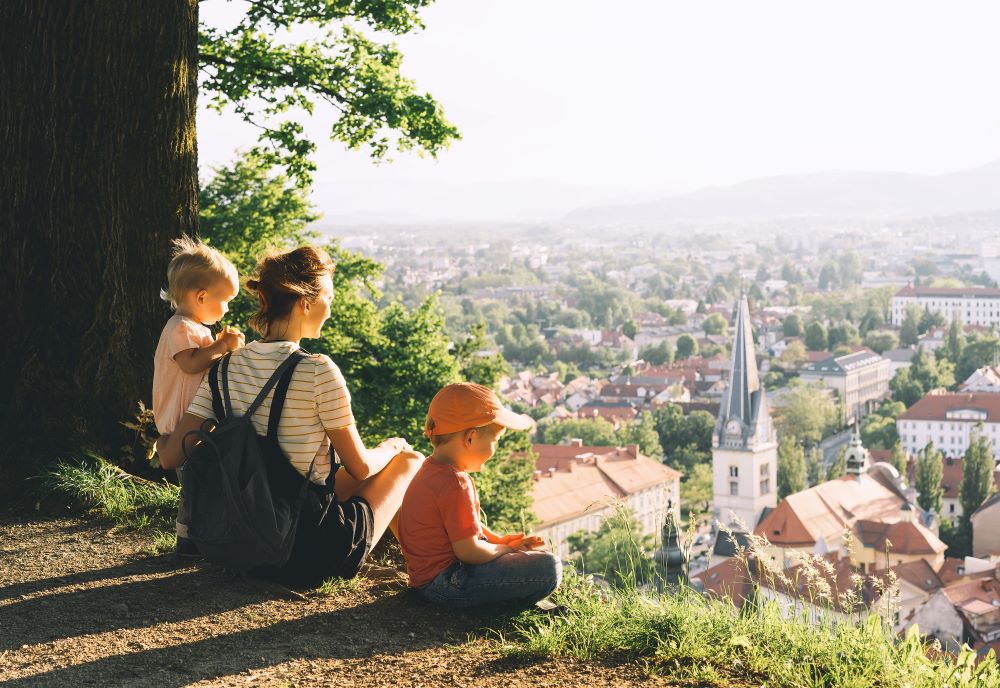 Suburban Jungle isn’t just about helping people move from their current city to their immediate suburbs. We’re making all kinds of moves!

Suburban Jungle is known for helping city dwellers find the perfect suburb — and, yes, we do a lot of that. But did you know that’s just the beginning? From parallel searches to international moves to going from city to city, we can help with anything.

Can’t decide on exactly where to look?

Considering two or more markets? Let’s talk — and let’s get you connected to Strategists in each place.

Maureen and Jeff Mason contacted Suburban Jungle when they decided it was time to leave the Bay Area.

“We were flexible about where we wound up,” Maureen shared. “So we worked with a few Suburban Jungle Strategists in different areas — DC, Boston, and Philadelphia.”

After speaking with experts in all three markets, they zeroed in on Philadelphia and worked closely with Suburban Jungle Strategist Jodi Bloom to find the community that checked all of their boxes.

Moving from across the country — or the world?

“Being completely new to the Boston area, we relied on expert advice—and Suburban Jungle provided that,” Liz Overbeck shares. She and her husband, Matt, reached out to Suburban Jungle Strategist Barbara Hirsch as they finalized plans to move to Boston from Singapore. Barbara helped the couple focus on neighborhoods while they were still overseas.

Same for Nidhi Dutt. When her family had to make a quick, unexpected transition from India to San Francisco, she contacted Suburban Jungle’s Pamela Goldman for help. They aimed to move quickly, so Nidhi’s son could start kindergarten that fall.

“We hit the ground running,” Pamela says. “It’s an incredibly competitive market and we needed to do much of the search virtually — but they were extremely focused and knew what they were looking for. And I wanted to make sure they found it.”

Can’t get out and explore locally?

Sometimes clients may be making a long-distance move or, for a variety of reasons, can’t get out and explore.

“Making plans with a toddler and a newborn during COVID-19 — and from the other side of the country — it was a huge move, for sure, and we needed help,” Valerie Fleming shares. She and her wife decided to relocate from the Bay Area to DC in 2020. Since they couldn’t make it out to DC to explore in person, they relied on Suburban Jungle to help facilitate all-virtual tours — and a move to their new home, sight unseen.

“We trusted our Strategist and we trusted our Suburban Jungle agent. Then we sent my mom, dad, and sister to look at it and they liked it, too,” Valerie says. “We had an accepted offer November 3 — Election Day. It was quite a day! The whole country was waiting and we were waiting on the results — and to see if we got the house. Then we got the good news and kept packing!”

Michelle Smith also took advantage of virtual tours to make her move from Virginia to Florida as seamless as possible. Since she and her son were living 1,000 miles away, it made sense to narrow down the towns virtually before she took a quick trip to finalize the move in person.

Other times clients are ready to move… now. Whether you want to be in your new home by summer or already have a buyer on your current home, we’re used to quick-hit searches. And we can make it happen.

When Zeke Ridout first contacted New York Strategist Allison Levine, he explained that he and his wife were looking to move to the suburbs as fast as possible.

“Allison said some people work with Suburban Jungle for years — that wouldn’t be us, I told her,” says Zeke. “I wanted to use her insights and resources and be really productive so we can get to the suburbs right away.”

Allison and the couple hit the ground running.

“From my first call with Suburban Jungle — literally, standing in the middle of a park one day—to close, it was 5½ weeks. I told them we wanted to move quickly…and we did,” Zeke says.

Sometimes clients know exactly where they want to be… but still want to do their due diligence before committing to a town and a house.

Take Jessica and Rob Filipovic. They were living in New York City and gearing up to move to Montclair. Then, with the help of their Strategist, explored a town they didn’t even know existed.

“One of the towns our Strategist suggested was Glen Ridge — we’d never even heard of it,” Jessica says. “We fell in love with it. We knew this was our town.”

Other times, clients do wind up exactly where they thought they may want to be — but with total confidence they made the right choice.

“I knew North Caldwell,” Allison Goldfarb says, “but I didn’t know what I was comparing it to.” Allison had commuted to North Caldwell from the Upper West Side for 10 years. She loved the town and wanted to settle there, but her husband suggested they consider a few different options before making the move.

“Working with Suburban Jungle ensured we could move forward with total confidence — this is where our family belongs,” Allison says.

Living in the suburbs — but not LOVING it?

If you’re considering a suburban “re-do,” you’re not alone. The Staloff Family found themselves in this situation in 2019. The New Jersey town they initially moved to didn’t quite fit — it was too spread out and didn’t have the sense of community they wanted.

While they knew they wanted to stay in New Jersey, they needed something totally different.

“That’s when we found Suburban Jungle — and Patti!” Mindy says. “We just loved how it worked — the town-first approach made so much sense to us, and that’s what we really hadn’t done the first time around.”

Laura and Andy also needed a suburban re-do after relocating to Madison, Connecticut from LA. Laura’s acting career often took her to the city and she quickly realized the multi-hour distance was not sustainable. Their Suburban Jungle Strategist helped them find a Hudson Valley town with an easier commute and all of the community amenities they were looking for.

Merril Nash was living in Pittsburgh when she first reached out to Suburban Jungle. While it had been a perfect place for them to raise their family, their now-adult children had relocated to New York City.

“We wanted to be close to our kids in Manhattan,” Merril says. “We also, though, needed to be near my mom who’s in Southbury, Connecticut, and my mother-in-law and sister-in-law who are on Long Island.” Merril worked with Suburban Jungle to find a 55+ community in Somers that checked all of their boxes.

Not ready to leave the city?

Sometimes all of that suburban searching makes you realize you do belong in the city — we get it! Jacky and Colin Brady loved living in Boston, but knew they eventually wanted to raise a family in the suburbs. So, when it was time to make a move, they reached out.

After working with Strategist Barbara Hirsch, they realized that a different Boston neighborhood, not a suburb, was the right fit for their current lifestyle.

“To us, it’s not a decision of which suburb but, more importantly, where you feel you belong. Often that’s the suburbs. But sometimes, it means staying in the city for the time being,” Barbara says

No matter what your unique situation is, we’re here to help you find the right place for your family. Our services are FREE to you. Get in touch today to learn how we can help.